Because telling the truth shouldn't be a crime.

* Stand With Reality Nonprofit is comprised of advocates of Reality Winner and all whistleblowers. We are seeking to raise awareness of the US Government’s use of the antiquated 1917 Espionage Act against US citizen whistleblowers. The act was originally designed to punish spies against the US, not those seeking to enlighten the public to the Government’s corruption.

Who is Reality Leigh Winner?

What Did Reality Winner Do? (Continued to the right on desktop and  below on mobile.)

Reality Leigh Winner is a 29-year-old US Air Force veteran who dedicated her career to serving the United States. Prior to becoming a federal NSA contractor, Reality served in the Air Force for 6 years, including as a language analyst — she speaks Pashto, Farsi, and Dari.

Reality was honored with the Air Force Commendation Medal, for members who have “distinguished themselves by meritorious achievement and service.” The award noted that she “provided over 1,900 hours of enemy intelligence exploitation and assisted in geolocating 120 enemy combatants.”

Reality had no criminal history prior to her record breaking sentence and always devoted time to help those less fortunate. Her stepfather, Gary Davis, describes her as “a patriot,” while her mother, Billie Winner-Davis says, “She loves children. She loves animals … She’s not a threat to anyone.  Reality tries to help everyone.”

Outside of her work, Reality was a yoga instructor and a dedicated social justice advocate who spoke out when others fell silent.  Reality Winner is a caring person who only wants to help. 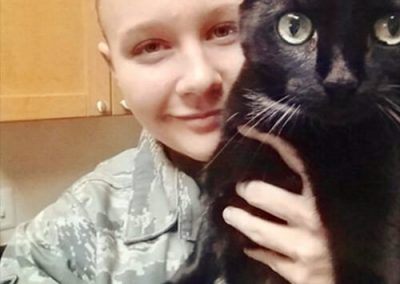 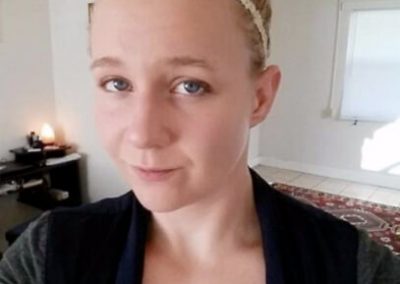 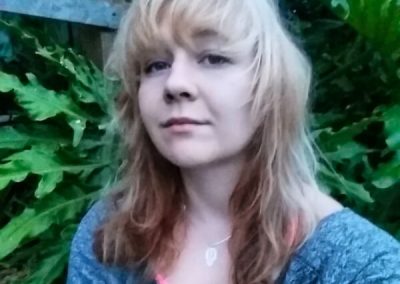 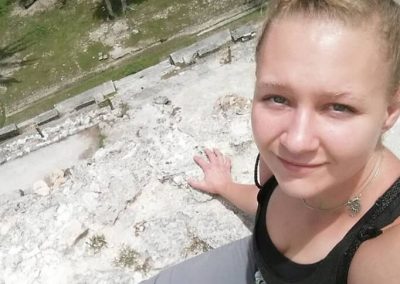 Reality Winner mailed a classified document to The Intercept describing the attempted hacking of U.S. election infrastructure by the Russian government. According to The Intercept:

“Russian military intelligence executed a cyberattack on at least one U.S. voting software supplier and sent spear-phishing emails to more than 100 local election officials just days before last November’s presidential election, according to a highly classified intelligence report obtained by The Intercept…The report indicates that Russian hacking may have penetrated further into U.S. voting systems than was previously understood. It states unequivocally in its summary statement that it was Russian military intelligence, specifically the Russian General Staff Main Intelligence Directorate, or GRU, that conducted the cyber attacks described in the document…”

The document was vital to the public’s understanding of Russia’s attempt to influence U.S. elections, and it was the how many state officials first found out about spearphishing attempts in their election support companies.  This helped drive home the importance of strong security, public auditing, and accountability in our election systems. And though the document belongs in public view and should never have been classified, it remains classified to this day, while also being printed in public record, along with a four-page analysis of it, through the Intercept.

What was Reality Winner charged with?

Winner was charged with violating the Espionage Act of 1917, 18 U.S.C. § 793(e). According to this section of law, someone with access who transmits classified documents can face severe punishments if “the possessor has reason to believe” that the documents “could be used to the injury of the United States or to the advantage of any foreign nation.”

The Espionage Act, written over 100 years ago, was meant for spies and saboteurs, yet the US government has transformed laws in recent years in order to weaponize the Espionage Act, for the purpose of putting leakers and whistleblowers in jail for giving information to journalists in order to inform the American public.

It’s impossible for a whistleblower charged under the Espionage Act to receive a fair trial, because they are denied an opportunity to explain why they shared documents and are prevented from ever discussing the harm—or lack thereof—suffered by the country as a result of the leaks. The importance of the documents to public discourse has been considered inadmissible in all cases brought in the modern era.

The vague language of the Espionage Act makes it ripe for abuse, making it a potential weapon against both whistleblowers as well as news outlets that publish leaked documents. Many civil liberties experts have questioned whether or not the Espionage Act would stand up to a First Amendment challenge.

What is Reality Winners Sentence?

Reality Leigh Winner was handed the harshest sentence of any American National Security whistleblower. Not only has she paid for her integrity and patriotism, but her family has as well. It has cost them dearly financially, and the emotional toll they have experienced is incalculable.

The sentence is 63 months in prison and 3 years of supervised release.  Visitors are limited, mail is limited, and she was never afforded the time to work through military experiences that most service members who leave the military inevitably face.

As it stands, the Espionage Act makes NO distinction between a civic-minded whistleblower who releases something that should never have been classified and which reveals illegal government activities, and a spy who sells genuinely damaging documents to a foreign government for cash.

The blunt unfairness of the Espionage Act reflects its awful history. It was passed by Congress in June 1917, just two months after the United States entered World War 1, at a time of war fever, hyper-nationalism, repression of anti-war views, and the early stages of the The First Red Scare. The original law was expanded by Congress in May 1918 through the Sedition Act to cover a sweeping range of offenses. That act made it a crime to engage in “disloyal, profane, scurrilous, or abusive language” directed at the U.S. government, its armed forces, or the flag, or to “advocate, teach, defend, or suggest the doing of” various acts including “curtailment of production.”

In this era people were literally being thrown in prison just for writing letters to the editor. The Espionage and Sedition Acts were vigorously used by Woodrow Wilson’s Attorney General A. Mitchell Palmer and his young aide, a 24-year-old J. Edgar Hoover, to persecute left-wing activists and critics, and were integral to the Red Scare, including the violent Palmer Raids several years later in which ten thousand non-citizens were arrested and hundreds deported based on their political views and membership in organizations.

The Red Scare wound down in 1920, and Congress repealed the Sedition Act that year—but not the rest of the Espionage Act, which remains with us today, and in its fundamental bluntness and unfairness reflects the terrible time in which it was crafted.

As bad as it was, the Espionage Act lay dormant for many years. As my former colleague Gabe Rottman has laid out, before 2010 there were only four leakers prosecuted under the Espionage Act: two who had their charges dropped, one who was pardoned by President Clinton, and one who was sentenced to 10 months at a halfway house and 100 hours of community service. Beginning in 2010, however, eight have been charged under the act, including Chelsea Manning (sentenced to 35 years), Edward Snowden, and four others who received sentences of 13, 20, 30, and 43 months, respectively.

Now Winner has become the subject of the ninth Espionage Act prosecution, and is facing a sentence of 10 years in prison. She should have the right to have her case heard in accordance with the principles outlined above. The Espionage Act needs to be repealed and replaced with a fairer law.

In June 2017 the DOJ filed a criminal complaint under the Espionage Act against Reality Winner, a federal contractor suspected of leaking an NSA document to The Intercept describing Russia’s attempts to hack the 2016 American election. Winner was denied bail because she was deemed “dangerous” to society after warning Americans about Russia’s interference (this is in sharp contrast to Paul Manafort, who was initially granted bail despite suspicions he colluded with the Russian government). Although a bi-partisan Senate Intelligence Committee report concluded that many state election officials learned about Russia’s hacking from the press—not the executive branch—and the main story about the hacking was based on the document Winner was accused of leaking, she probably would not have been allowed to mention this during her trial. Courts have historically refused to allow defendants facing Espionage Act charges to argue that their leaks were in the public interest, or mention their motive or any reforms that resulted from their disclosure. Faced with these obstacles and the possibility of a 10-year jail sentence, Winner recently agreed to a plea deal.

The Trump Administration’s War on Sources

The Best Description of Who Reality Winner is:

Christmas Day, 2017, Reality would finally receive a break in the media silence plaguing her & her case over those first 6 months after her arrest in June 2017. Kerry Howley, of the New York Magazine, wrote an in-depth article on Reality, not knowing that there would not be many chances for anything more in-depth than this:

The World’s Biggest Terrorist Has A Pikachu Bedspread: Not every leaker is an ideological combatant like Edward Snowden and Chelsea Manning. Reality Winner may be the unlikeliest of all.

One of Reality's Attorneys Speaks Out

Federal NSA contractor Reality Winner, who was charged under a violation of the Espionage Act had a team of attorneys spread across the country.  Defense attorney Titus Nichols contends the Espionage Act makes it nearly impossible for a person accused of violating the law to defend themselves.  The Department of Justice need only prove that the information, released by the person charged under the century-old law, was classified.

Reality pled guilty to a violation under the Espionage Act for disclosing an NSA report which, according to the analyzation by the news outlet that had obtained the report, the Intercept, described how “Russian Military Intelligence executed a cyberattack on at least one U.S. voting software supplier and sent spear-phishing emails to more than 100 local election officials just days before last November’s (2016) presidential election.”

Under a violation of the Espionage Act, the defendant may attempt to discuss, in court, why they made the specified disclosure, but the government will attack this effort at every angle. US prosecutors will stand before a judge to slander and twist the truth on information simply because the government did not want the information out.  The defendant is no longer innocent until proven guilty and finds herself stacked with the entire weight of the US government on her.

“That was a hurdle we dealt with,” Nichols confirmed.

“There was no connection to Al Qaeda. There was no plan to flee the country. There was no scheme to hide money from the government. There were no additional documents … it didn’t make a difference in regard to bond being denied.”

Where can I find out more information?

Please look around this site by using the Menu above or click here: FAQ, Resources, How To Donate, Write To Reality and Official Court Documents where you can read for yourself how the Espionage Act has been used to deny Reality her due process.

Reality has been silenced so we are speaking out on her behalf until she is free once again. #WeSpeak4Reality