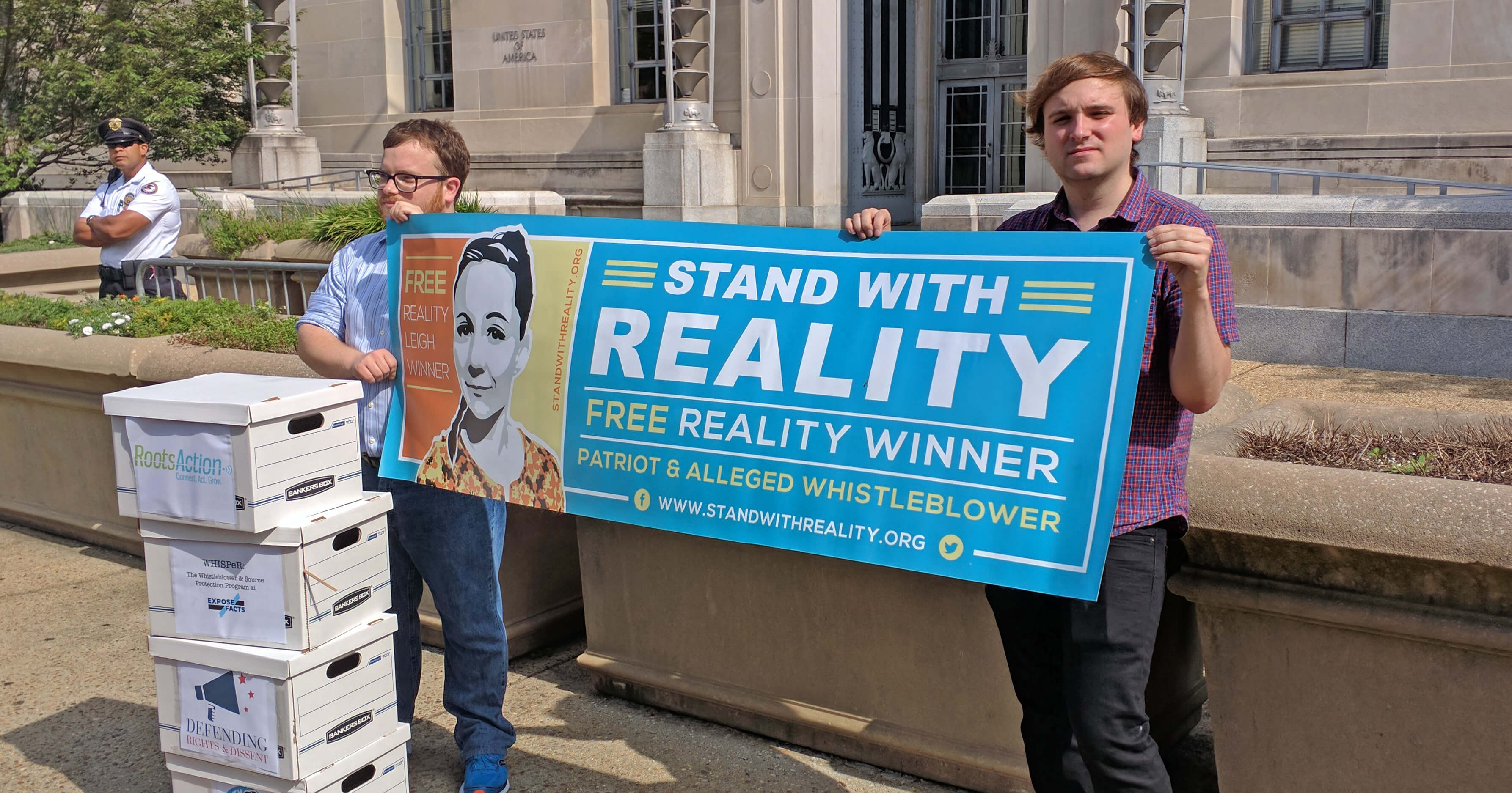 Reality Winner’s supporters delivered 16,000 signatures to the headquarters of the U.S. Department of Justice on July 27th, National Whistleblower Appreciation Day, demanding they drop the charges against her for leaking a document revealing Russian interference in the U.S. election systems in the months before the 2016 elections.

“We should not be charging whistleblowers acting in the public interest, disclosing information responsibly to journalists, as if they were traitors to our country.” said Rainey Reitman, co-founder of Stand with Reality. “Anyone who cares about a free press should be concerned about her case,” she said.

A coalition of organizations joined Stand With Reality to deliver the petitions, including RootsAction.org, Defending Rights & Dissent, CodePink Women for Peace, and the Whistleblower & Source Protection Program (WHISPeR).

Reality Winner is currently being held in jail, awaiting a trial in October.

The document she’s charged with leaking to The Intercept revealed that the Russian government successfully infiltrated voter databases in 21 states. A representative of state election officials testified to Congress that although U.S. law enforcement and intelligence agencies were aware of the intrusion, they didn’t learn about it until reading about it in The Intercept.

The Trump administration has asserted, without evidence, that U.S. elections are threatened by illegal voters, but withheld evidence from state election officials of the attack revealed in the document, denying them the opportunity to address the security vulnerability.

July 30th is the anniversary of the first whistleblower protection law passed by the U.S. Congress, in response to a group of sailors and marines who reported the misconduct of the commander of the Continental Navy. The law read:

The whistleblower protection law pre-dates the Espionage Act, which Reality Winner and many other whistleblowers have been charged with, by more than a century. The Espionage Act has been abused as a means of silencing dissent throughout its history. It was used to silence and persecute left-wing activists and critics and was a favorite tool of abuse during the first Red Scare, and was used more recently to prosecute whistleblowers like Edward Snowden, Chelsea Manning and Daniel Ellsberg.

Drop the changes against Ms. Reality L. Winner, the defense contractor who allegedly shared with the media evidence of attacks against US election systems by foreign agents. This information should not have been classified. Ms. Winner’s prosecution appears politically motivated.

Haven’t signed the petition yet? It’s not too late! 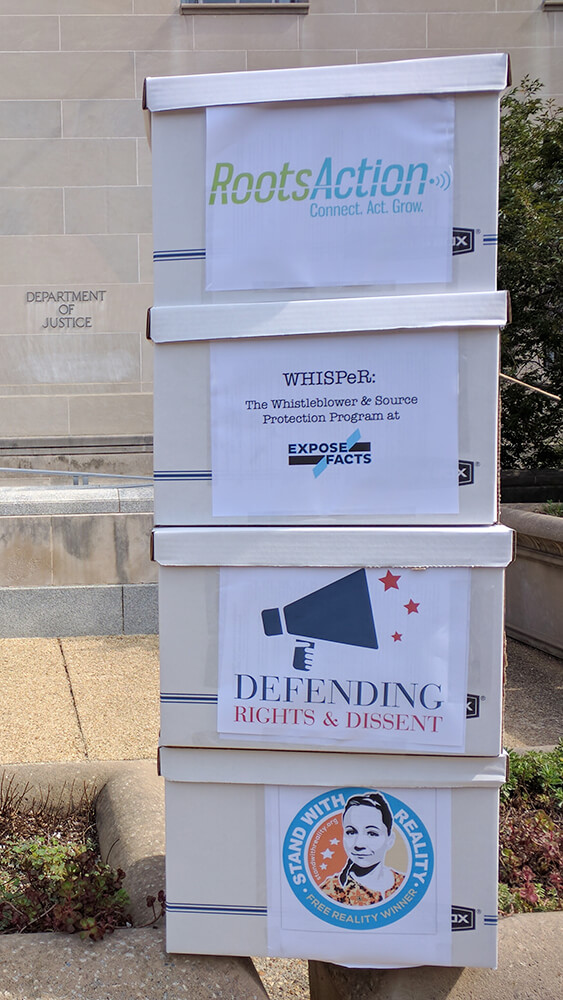