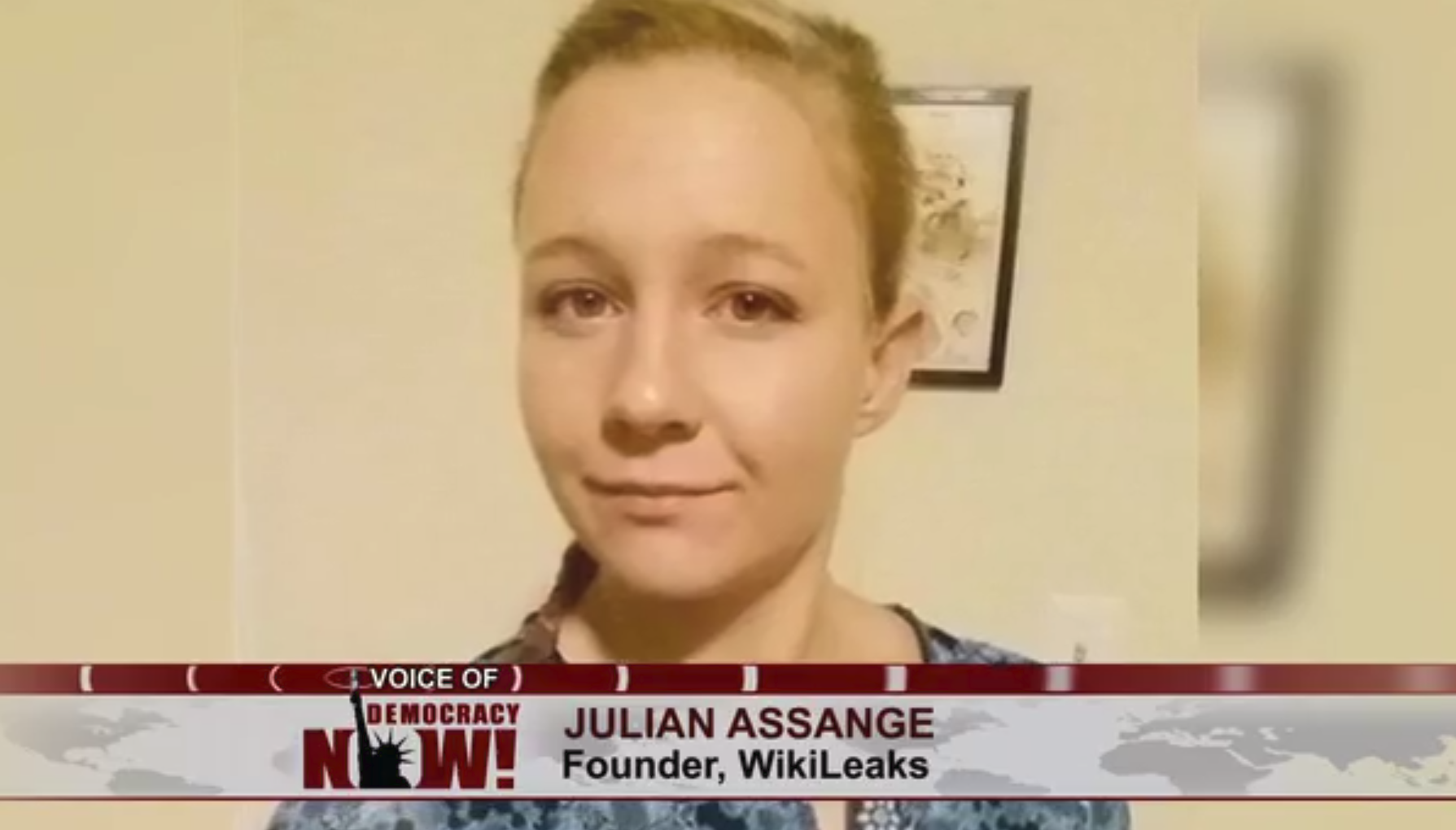 Julian Assange, founder of Wikileaks, commented on the denial of bail to Reality Winner on the news program Democracy Now! on Tuesday:

…she is a working-class whistleblower. She is not a whistleblower—she is not a leaker or a whistleblower who has access to power. And so, as a result, we see what happens to her. She goes to prison, where—even in pretrial detention, is clearly not of harm to anyone. It’s come out that the FBI faked a transcript of hers, where she said she had acquired more than one document. It turns out that that was fake. And they’ve used that to keep her in prison.