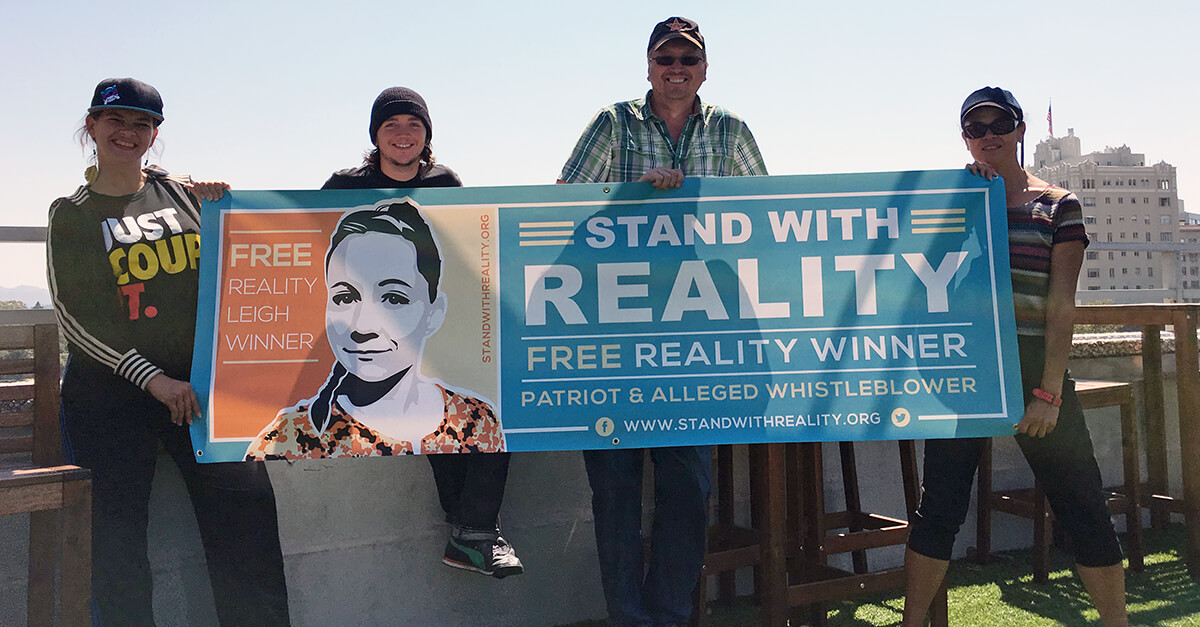 October 1, 2017 Update: Due to the trial delay, we’re able to announce that the matching grant has been extended indefinitely.

We’re extremely grateful to announce that First Look Media’s Press Freedom Defense Fund has extended the deadline for donation matching, up to $50,000.

Reality Winner’s trial is currently scheduled to begin March 1, 2018 in Augusta, Georgia. Her lawyers are up against a politically motivated justice department hell-bent on making an example out of her. They have the resources of the entire federal government behind them. And in Reality’s defense, all we have is each other.

So far we’ve raised $15,000 from 354 donors, currently leaving us $35,000 short of taking full advantage of this matching grant. That means friends and supporters of Reality Winner now have another month, until October 1st, to automatically double the impact of their tax-deductible financial support.

Stand With Reality believes that when courageous people stand up to make sure the public knows the truth, we need to have their backs. That’s why we’re committed to supporting Reality’s legal team, and educating fellow citizens about the ongoing threats to our election systems.

Please consider making a donation before October 1st and asking your friends to do the same. Every dollar goes toward making sure Reality gets a fair trial, and her family doesn’t have to go into debt in the process.

Thanks again to all of our generous donors so far, and all of you who have written letters, shared our articles, talked to your friends, and having the courage to #StandWithReality!