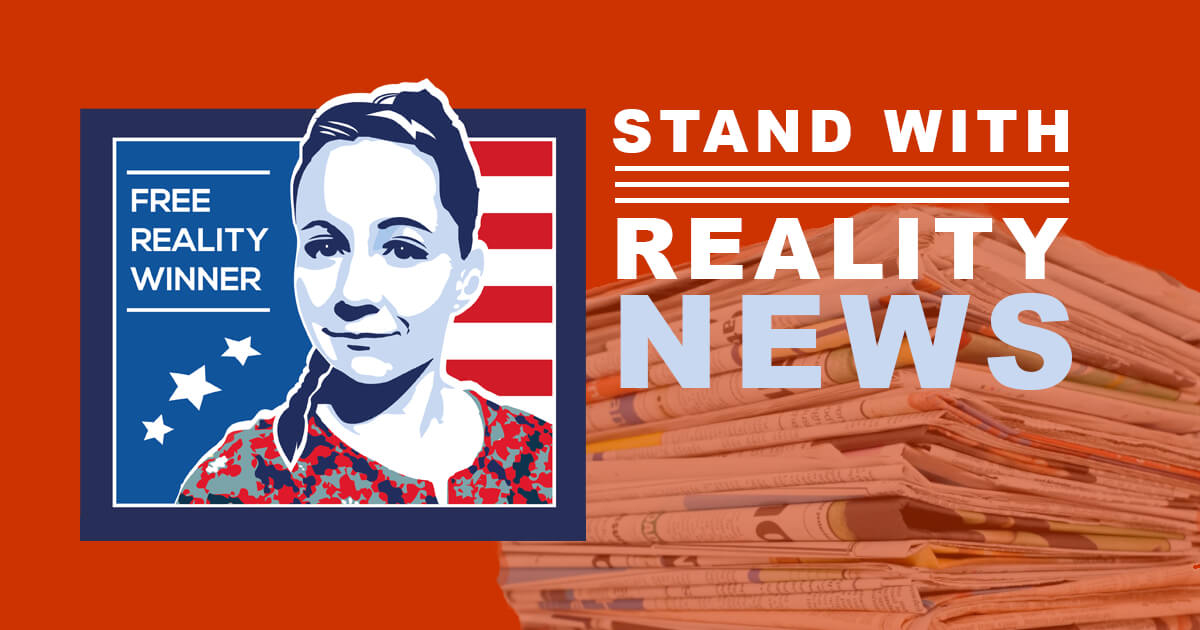 Thank You Friend for Standing with Reality Winner! Welcome to our first weekly newsletter.

You are critically important to our campaign to defend alleged whistleblower Reality Leigh Winner. In only a couple of days, we’ve had scores of military veterans, civil liberties advocates, and friends of Reality join our campaign. Together, we’re going to make sure that Reality has the best defense possible, and send a message to the government that they can’t silence whistleblowers and journalists.

The document Reality allegedly leaked contained vitally important information about vulnerabilities in U.S. voting systems. At a time when public officials are increasingly playing loose with the truth, we need courageous people who act as sources to investigative journalists to know that someone has their back.

The first thing our new group did was pay Reality’s legal retainer. Now it’s up to us to pay the remainder of the fees, likely to reach $100,000. We’re excited to announce that First Look Media’s Press Freedom Defense Fund is doubling, dollar for dollar, every donation you make, up to $50,000!

Reality’s mother, Billie Winner-Davis, sends her thanks. “The new Stand with Reality group means the world to me,” she said. “Not only are they going to be raising money for my daughter’s legal defense, they’ll also be raising awareness. Reality won’t be forgotten, and she’ll have a whole organization behind her.” Check out the podcast we recorded with her on the Fourth of July.

This is not going to be easy. There is a lot of misinformation out there about Reality and it’s up to us to set the record straight — Reality is a patriot who’s spent her entire career serving her country admirably, and the government’s charges against her are an attack on all whistleblowers and journalists. Together, we can give her a fighting chance against the unlimited resources of Trump’s Department of Justice.

Send us a photo of yourself with a “I Stand with Reality” sign to photos@standwithreality.org
(We’ll start showing them off when we get a few more.)

In this weeks news:

Augusta Chronicle: Reality Winner’s defense getting a boost from supporters